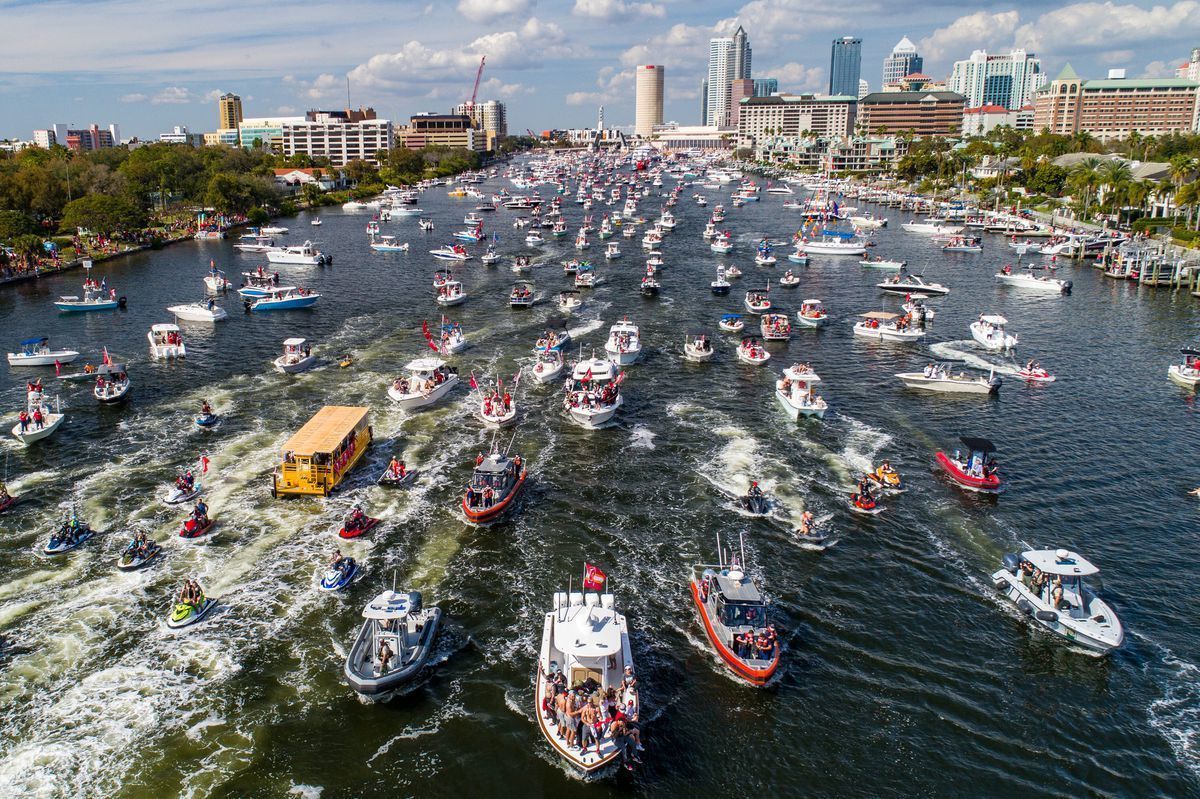 Celebrate July 4th with Friends of the Riverwalk as we host our 2nd Annual July 4th Boat Parade and Blessing of the Fleet.  The parade route will be similar to our holiday light boat parade but will include a blessing station.  The Blessing of the Fleet is a tradition that began years ago but is still practiced in many fishing and boating communities around the world to ensure a safe and bountiful season.  Boats will be decked out in red, white and blue and compete for the most patriotic boat in the small/motorboat and large/sailboat competitions. Registered boaters will partake in a Poker Run for a chance to win the grand prize! The boat parade will be followed by fireworks displays at multiple locations.

The parade begins in the Convention Center basin, travels to the Heights, and ends at Sparkman Wharf.  Public viewing locations include:

Blessing of the Fleet Locations

The Blessing of the Fleet is a tradition that began centuries ago in Mediterranean fishing communities. The practice began predominantly Catholic but is now practiced by all denominations as a blessing from the local clergy that is meant to ensure a safe and bountiful season.  Each boat will be festively decorated in hopes of bringing home a prize.  There will be one locations for boats to receive a blessing.  Boats simply need to drive by the station to receive their blessing.

To keep the July 4th Boat Parade a FREE community event for spectators, we rely on event sponsorships to help us cover the costs of the parade.

Thank you to our 2021 Sponsors

We sincerely appreciate our event sponsors.  Without their support, the July 4th Boat Parade & Blessing of the Fleet would not be possible.